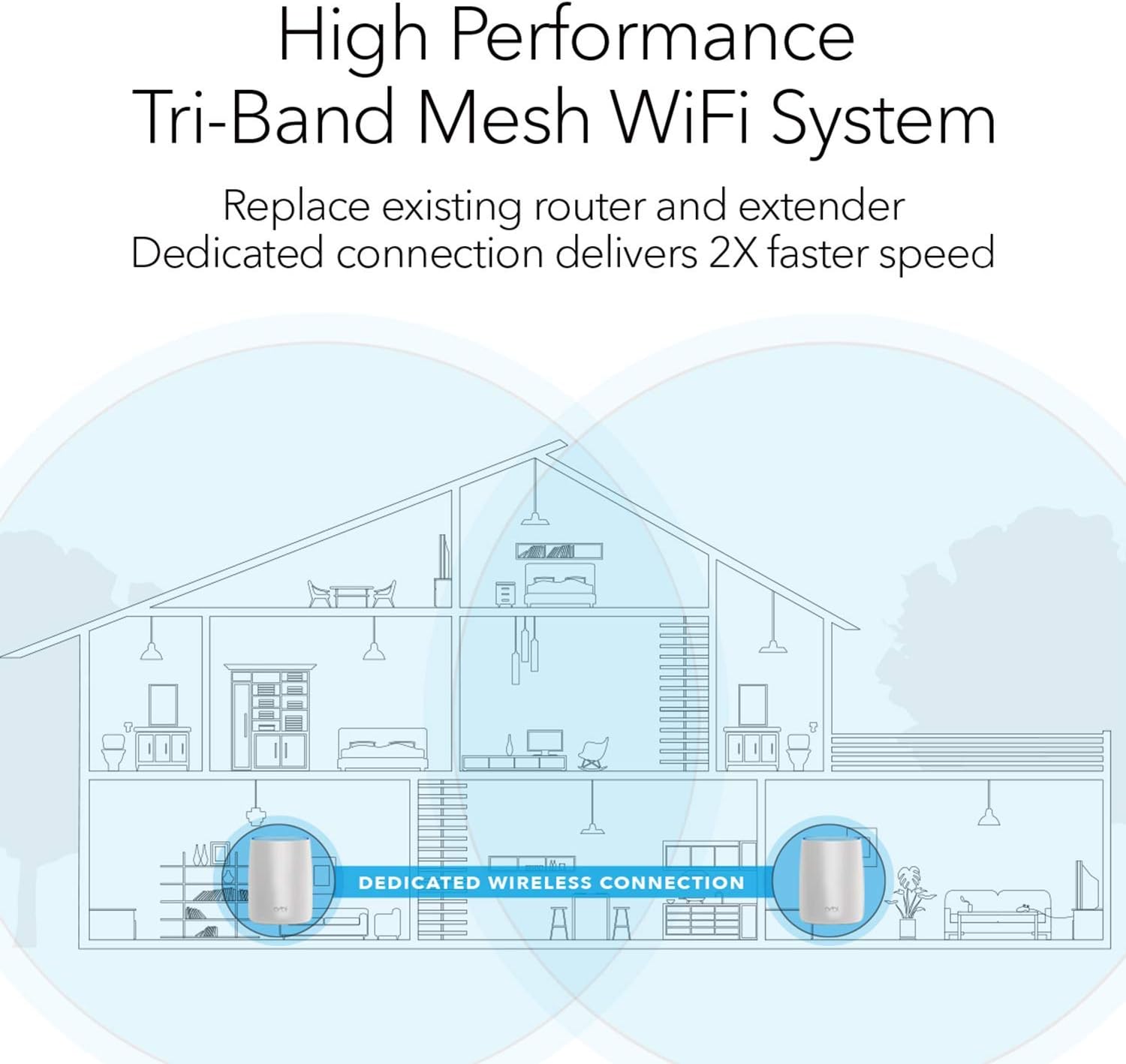 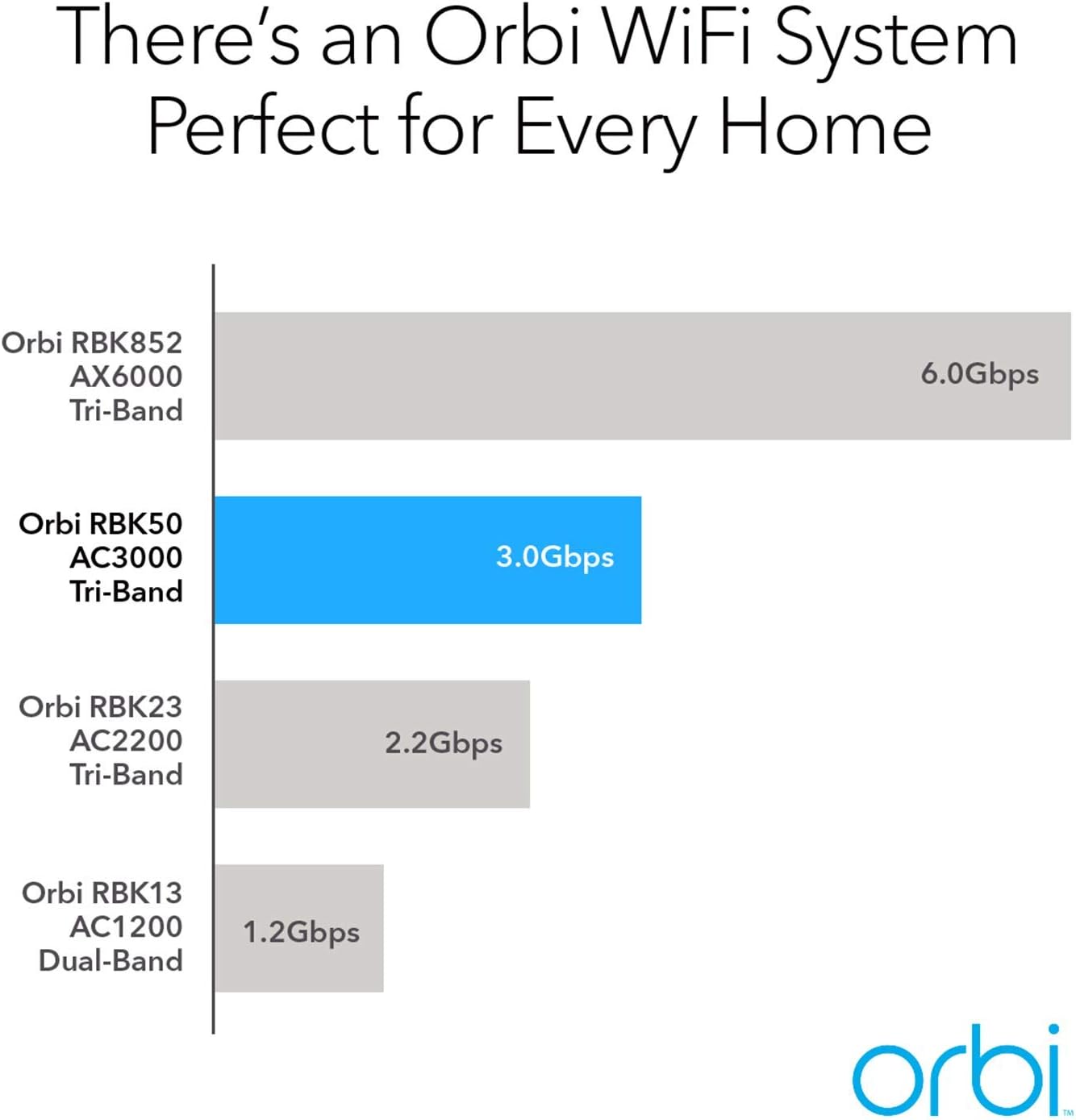 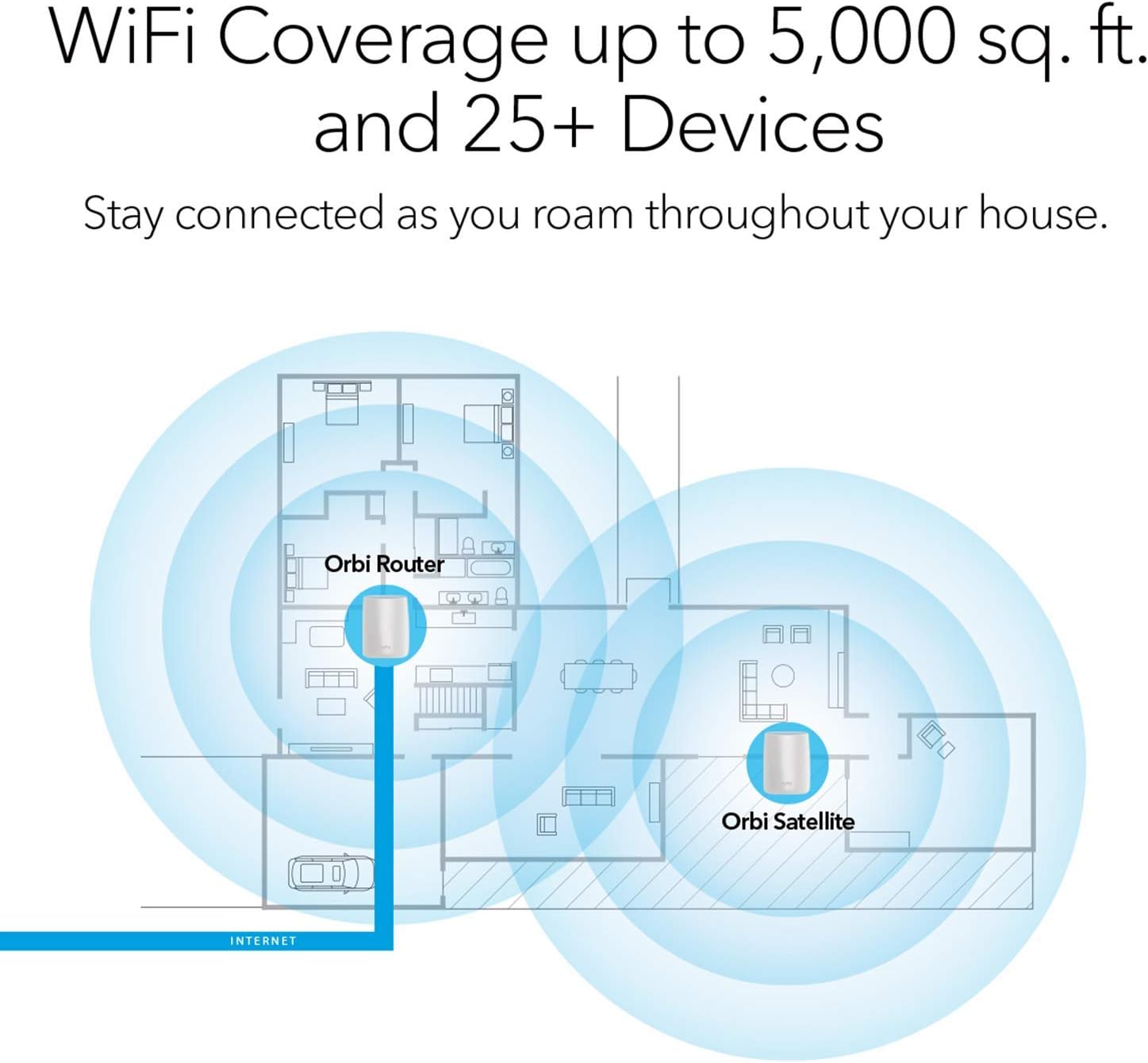 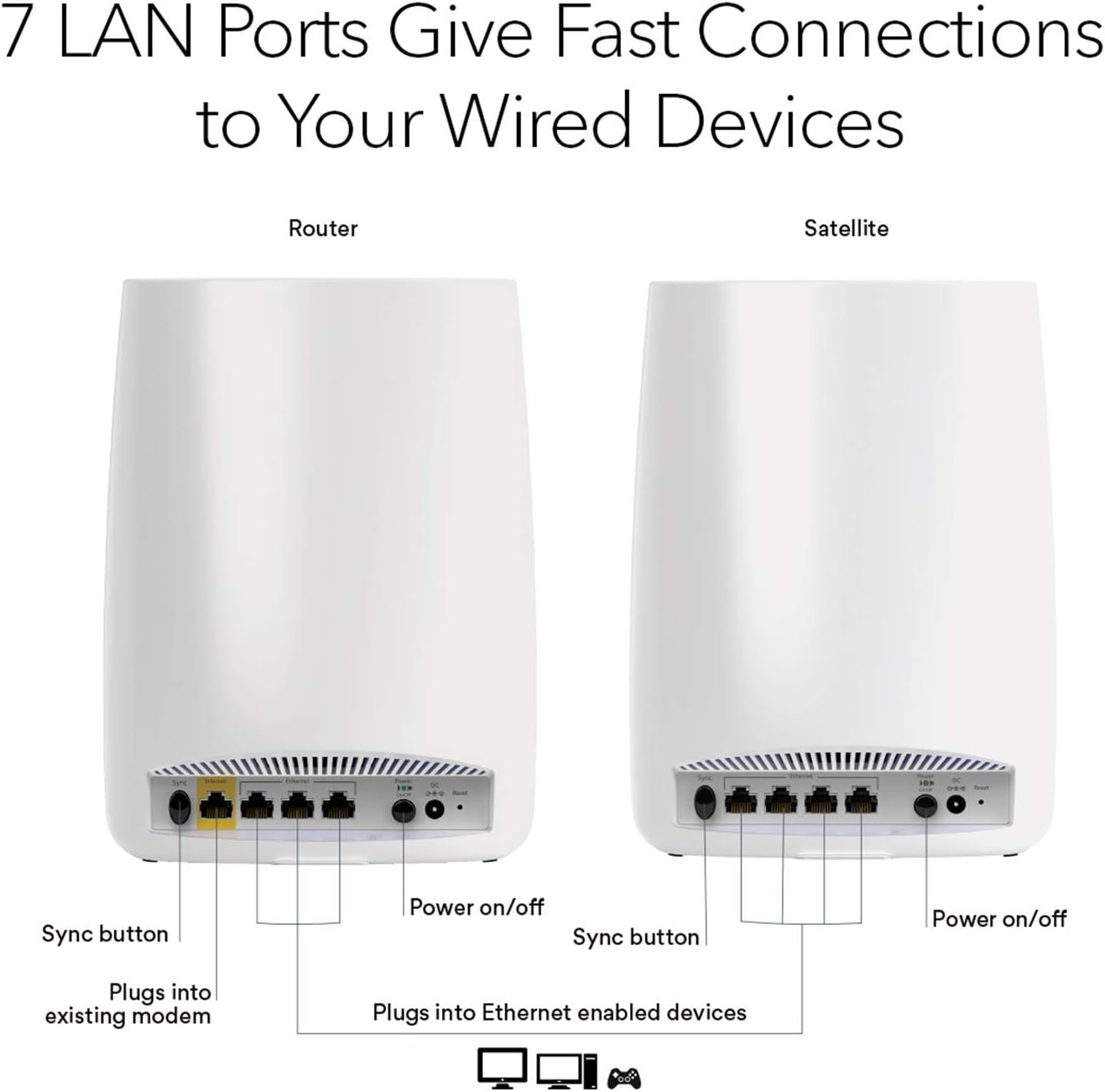 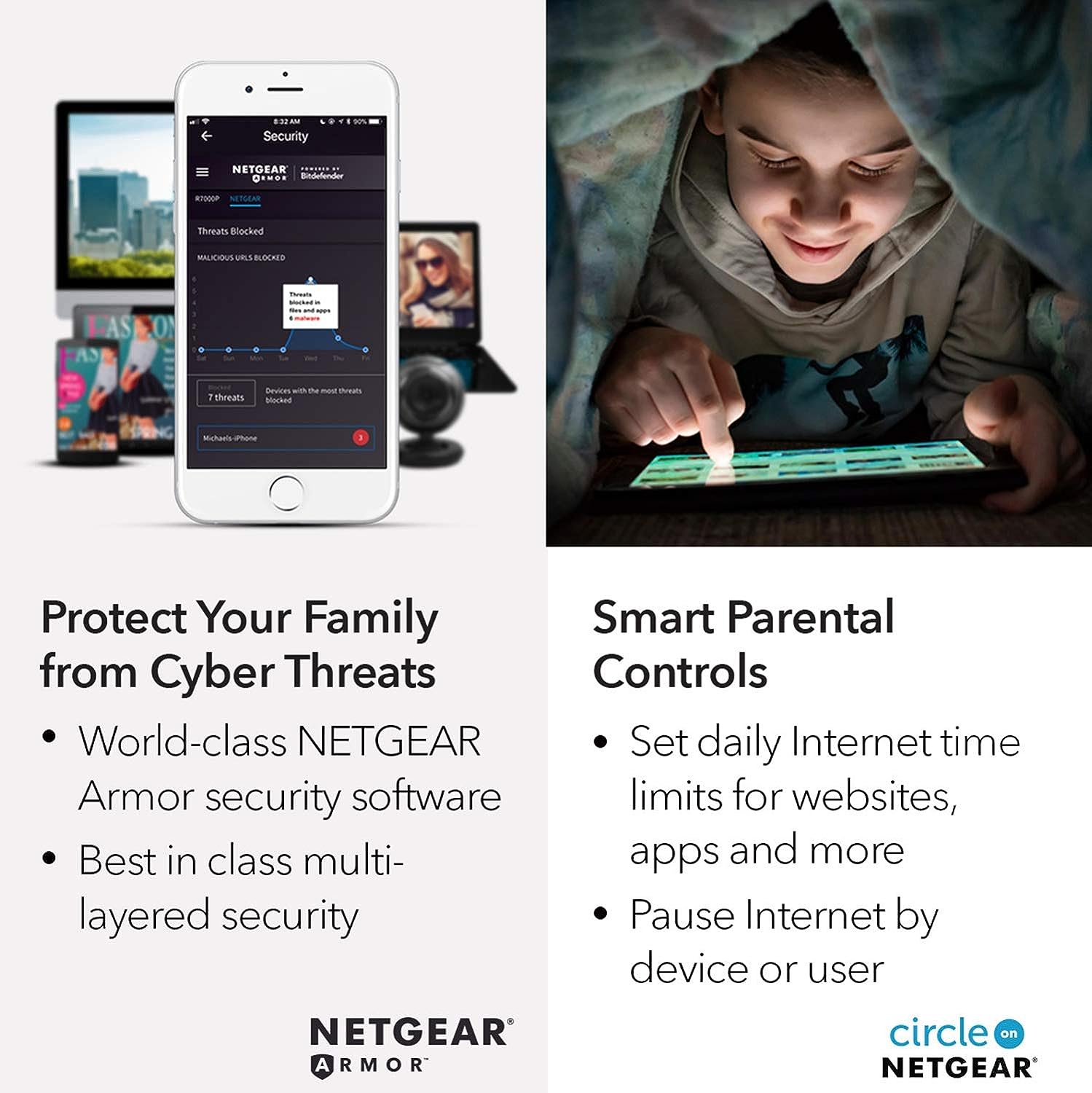 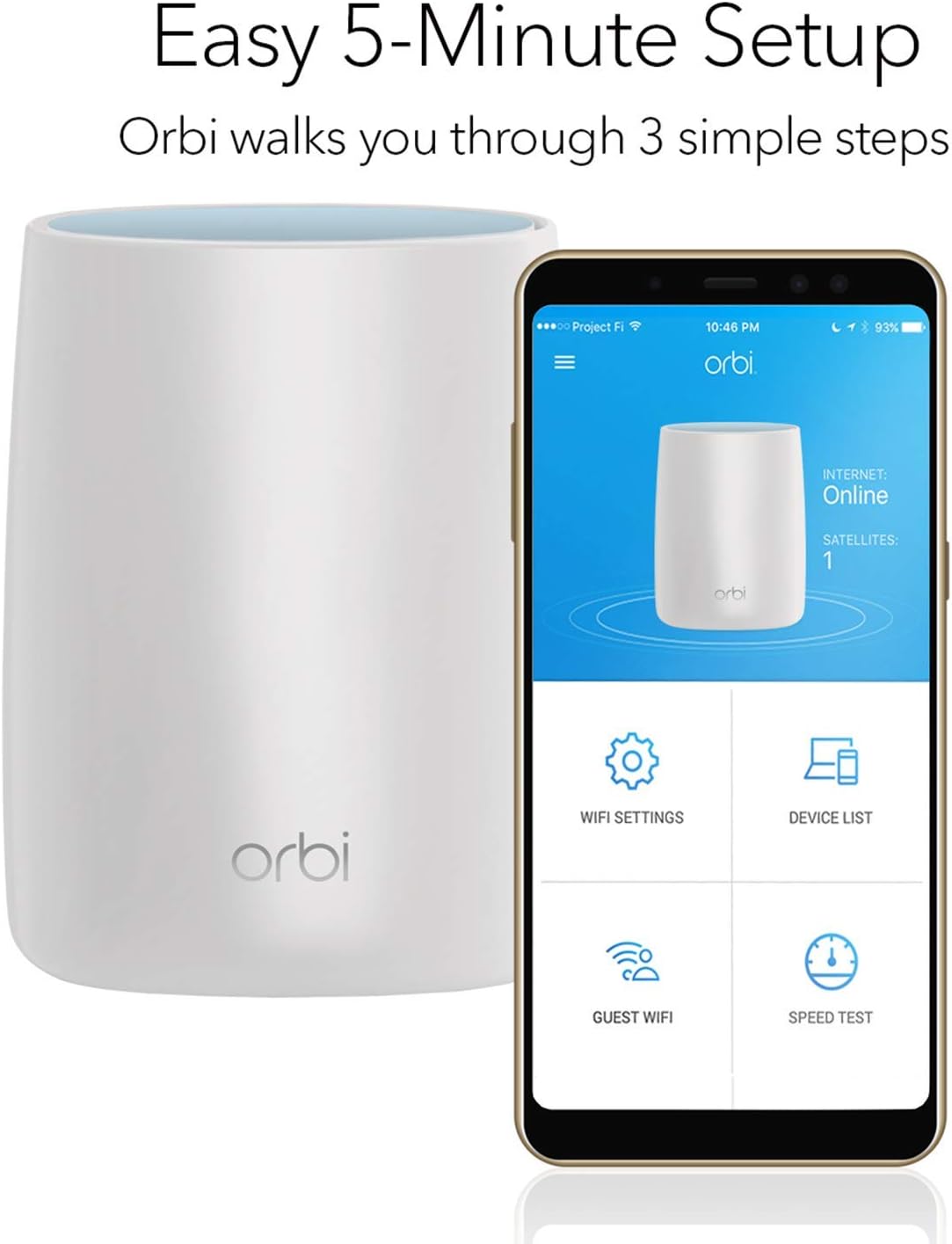 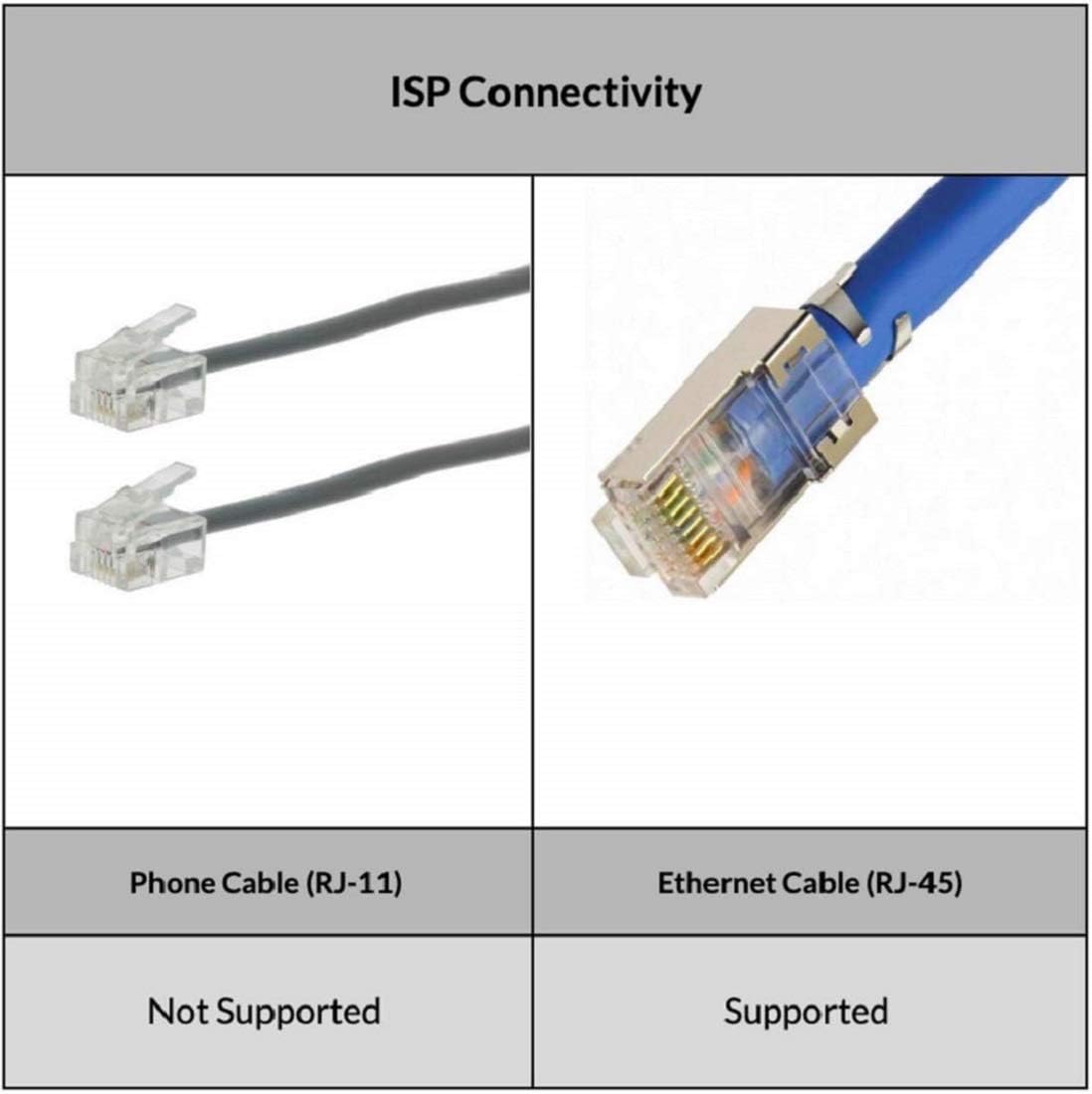 Many or all of the companies featured provide compensation to us. These commissions are how we maintain our free service for consumers. Compensation, along with hours of in-depth research, determines where & how companies appear on our site.

Armed with six high-performance amplified antennas around its perimeter, the Netgear Orbi RBK50 is a 2×2 router that is capable of 5,000 square feet of Wi-Fi coverage. Ideal for large homes, Orbi’s patented Tri-band technology has combined Wi-Fi speeds of 3Gbps.

Soon to be on everyone’s list as the best in-home Wi-Fi systems, the Netgear Orbi is a mesh-router system that transmits data on three radio-frequency bands. With the primary 2.43 GHz and 5 GHz radios providing a peak throughput of 1.2Gbps of data flow and a second 5 GHz – 1.7 Gbps radio dedicated to the backhaul, the Orbi RBK50 is a powerful router that seamlessly transmits data signals.

Considered to be 100% faster Wi-Fi than Google Wi-Fi and Eero, Netgear’s 223 Mbps system ensures no dead zones or buffering. Equipped with four ethernet ports on the router and the satellite, Orbi makes it easy to connect to your Smart TV, gaming console, or streaming device. Available as a wall plug in as a desktop unit, the Orbi towers measure 8.9″ x 6.7” x 3.1″ and is designed to inconspicuously integrate into any home. The futuristic circular tower works nicely as a bookend and fits on most shelves.

With the option of expanding the coverage by an extra 2,000 square feet, an extra satellite can be purchased for $250 – allowing your total in-home coverage to hit an impressive 7,000 square feet. Capable of handling two simultaneous streams of data to configure devices, the Orbi RBK50 is powered by Qualcomm’s IPQ4019 Wi-Fi control chip, a 710 MHz quad-core ARM-based processor, and comes with 512 MB of RAM and 4GB of storage space. If you need to connect to multiple devices, Orbi adds the latest MU-MIMO (multi-user, multiple input, and multiple output) Wi-Fi technologies.

Crowned as the first in-home router with tri-band Wi-Fi, the RBK50’s satellite system is designed to support internet speeds for 4K streaming. Streaming HD-quality high-resolution blockbusters can be done from any device in your home whether you’re sitting on your front porch or relaxing in a hammock in your backyard.

Setting up your in-home Wi-Fi is a three-step process that includes connecting to your mode, using the Orbi app, and then connecting your smart devices. Netgear’s web-based installation wizard (orbilogin.net) makes the setup process foolproof and allows separate internet access for guests.

One of the best features of the RBK50 Wi-Fi router systemis that it can be controlled using voice commands. By syncing Amazon Alexa with Netgear, users have the ability to test, check the status, and change up their home’s internet access by simply asking questions. The iOS/Android compatible Orbi app is the central command center for all of your network concerns. It even allows you to personalize the Wi-Fi experience for each member of your family.

The Netgear Orbi RBK50 mesh-router system is poised to be the industry standard in home Wi-Fi technology. As Netgear so eloquently states on its website, “Orbi’s dedicated channel for router-to-extension data traffic helps the system squeeze the maximum throughput for your family’s online wants and needs.” If you need more coverage, simply add an extra satellite to the package and guarantee no dead zones in any section of your home.